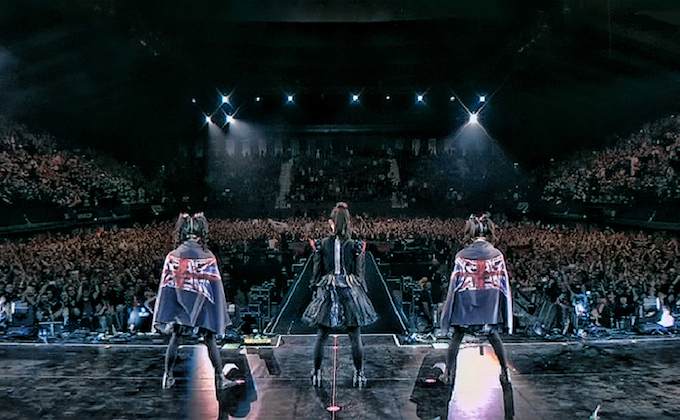 Japanese metal idol band, BABYMETAL, has energetically performed all over the world in 2016, and they will release a new live album ‘Live at Wembley’ on December 9 as the compilation of the lovely tours. the CD captures the spectacular performance recorded at ‘Babymetal World Tour 2016 Kicks Off At The SSE Arena, Wembley’, which took place in London on April 2.

BABYMETAL, the first Japanese artist for the headline show, broke the merchandise sales record of the venue

‘Live at Wembley’ includes 13 tracks selected carefully for all kinds of fan, and you check out the track listing, which should have your favorite songs.

Nobody needs to hesitate to take the early Christmas gift after watching the awesome trailer below, which has been hot topic among metal fans.
Thanks a lot for reading to the end.

Ramen, Japanese noodle soup dish, is quite popular in the world these days, but it's just one of various noodles in ...

Who could expect Karate, which is Japanese martial art, meets Heavy metal? BABYMETAL, the Japanese teenage girl m...
スポンサーリンク
When PIKOTARO takes trimmings off for his true character
The most handsome Samurai has another face
Home
Art & Culture