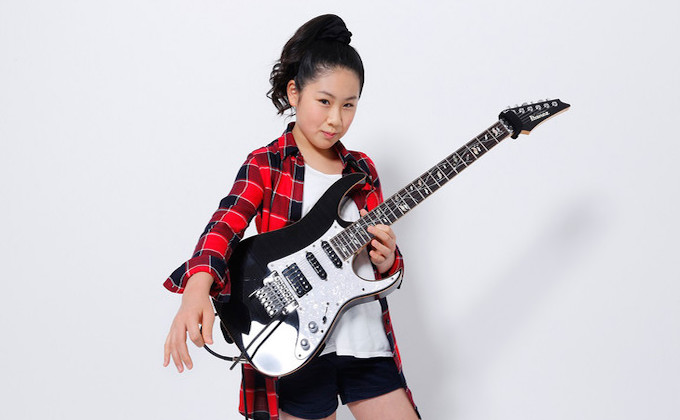 A Japanese girl who was called pretty genius has come back in 2 years with more skills and expressions. You might see her incredible play on a previous post when she attracted attentions from a lot of musicians at first time.

Japanese 10 year old girl plays a role of genius
A guitar performance published on Youtube the other day has become a hot topic among music fans. Her play has made ...

Having a lot of fans all over the world, and her all instrumental music without a wall of languages, helps that people can get her songs before releasing officially on iTunes store in 119 countries.

She could play difficult songs to cover like Racer X and Dream theater when she was a elementary school student, so her fans can’t help expecting what to bring for the new album. Anyway, let’s have a see the latest music video on Serendipity.

Was it enough to come out your interests? She’s supposed to have a lot of gigs for Serendipity, and we can frequently check her information on Facebook not to miss her gig when she comes to our places.

Do you give a special gift to a lover or exchange gifts on Valentine's Day in your country? In Japan, we celebrate t...

Tokyo Culture Story is a short video presented by BEAMS the other day, and it could be a masterpiece when tracking c...
スポンサーリンク
Japanese maid group, BAND-MAID, serve stimulus
What Sakura flavor actually tastes like
Home
Art & Culture