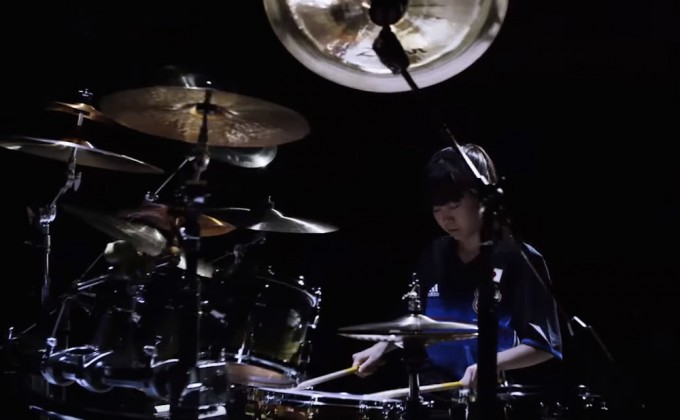 Have you ever focused on drums, not just a part of sounds but a musical instrument?
Actually, we usually don’t care much for drums when listening to music although we know the important role.

A Japanese female drummer, Senri Kawaguchi, easily tells us the potential of a percussion instrument by her incredible play.

The girl called “Genius” from her childhood has got a lot of prizes at any competitions, and the trigger that she globally got famous was a video uploaded on Youtube by herself in 2009.

For ordinary people, she looks as if she already achieved everything about drums.

And a tweet of Tom Morello (@tmorello) who is known as a charismatic guitarist from the universal rock band, Rage Against The Machine, put her into fame as well.

Tripping out on this insanely great 16yr old Japanese female drummer. One of the best drummers I’ve ever heard.

She regularly has a gig or session with mature professional musicians, and it could make us expect her more success in future.

Thanks a lot for reading.

Kavka is the same sound as "Kafka on the shore" which is a global novel written by Haruki Murakami, but completely a...

Do you know any Japanese songs filled with sakura? Around the time that cherry blossoms are in full bloom, Japanese...
スポンサーリンク
What is Japanese rice cake, Mochi, reported as Silent Killer in USA?
Glossy noodle dish, Aburasoba, is the hottest among ramen mania
Home
Art & Culture