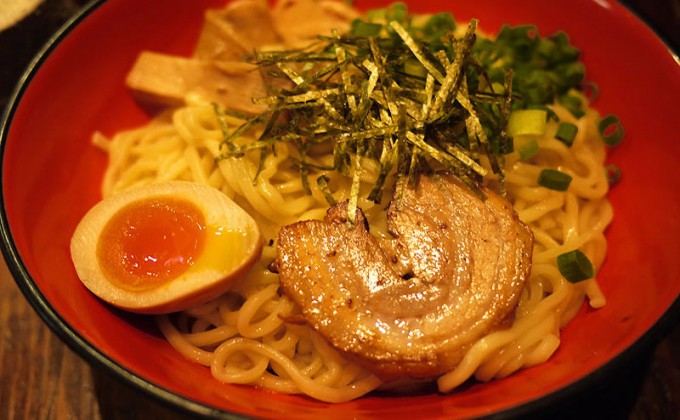 We sometimes hear that a Japanese noodle dish, Ramen, is quite popular abroad, and you might have tasted it somewhere once.
Of course, most Japanese like the traditional noodle dish as well, and there’re so many ramen shops which are really competitive to survive especially in large cities.

But, do you know that another noodle dish called “Aburasoba” is quietly popular in Japan?

Aburasoba is a oily noodle dish with no soup in short

It’s basically served as a boiled noodle on soy sauce and lard which are slightly in the bottom of the bowl, topped some ingredients.
You put spicy oil and vinegar on it for preference and mix up thoroughly from the bottom before putting it into your mouth. 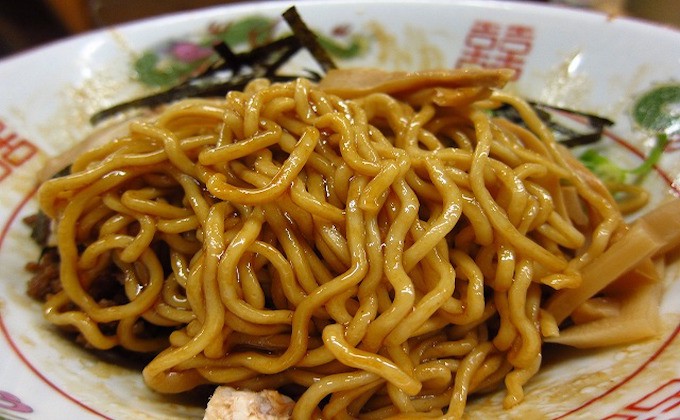 Remarkably, the calorie of Aburasoba is two thirds, and the salinity is about a half of Ramen.

From my view point, Aburasoba is not well known in the world yet, and the market is worth entering enough for people who consider to run a Japanese food restaurant abroad.
I hope the popularity spread to the world in the near future, and you could have it in your country as well.

Thank you for reading to the end.

The only 3 things to eat Sushi like Japanese people

Have you ever wondered how Japanese people eat sushi? As for traditional dishes abroad, I believe that we should si...

Why many Japanese leave ramen soup on purpose

Ramen enthusiasts know that ramen soup is the soul of a chef. Leaving the soup made by a dedicated chef could be th...

What Shime means on Japanese meal

You might have heard the short Japanese word during the dinner with Japanese people. Shime is a familiar word often...

How do you get a cup of coffee on the street in your country? As long as I see foreigners who don't know well Japan ...

When hearing a burger shop of fast foods in your country, which one do you come to mind? McDonald, Burger King, or K...

Have you ever seen a dish which could reduce appetite like this? Curry is very popular as home cooking in Japan but ...
スポンサーリンク
Tripping out on 19 years old Japanese female drummer
Snowy Japanese city can be in “The 10 Snowiest Cities On Earth”
Home
Food & Drink