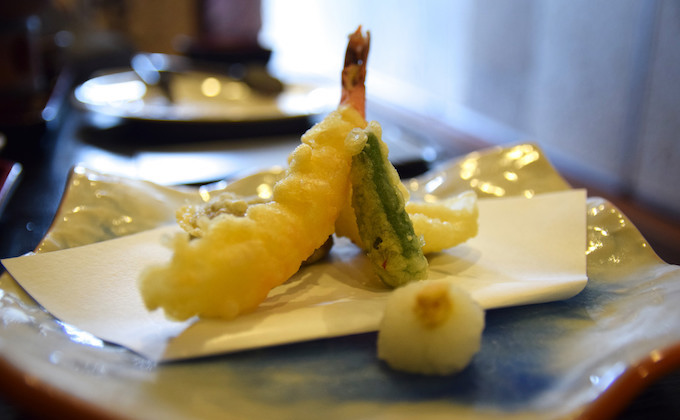 People who believe that Tempura is a Japanese original dish should quite a few. Even me Japanese, there’d been no doubt about it for a long time till I read an article on BBC the other day. But this is the truth, modern Japanese people have to accept, that the origin of Tempura came from a european country by a ship.

In 1543, three portuguese who confirmed as the first european visitors to Japan, made a deal of soap, cigaret, wool, and even recipes between Japan and Portugal. But all portuguese have to leave Japan in 1639 because the shogun, Mr.Iemitsu, believed that christians bring evil influences to Japan. Among great gifts on the deal during about 100 years, their traditional dish called peixinhos da horta, which is the origin of Tempura, especially got many Japanese hooked. 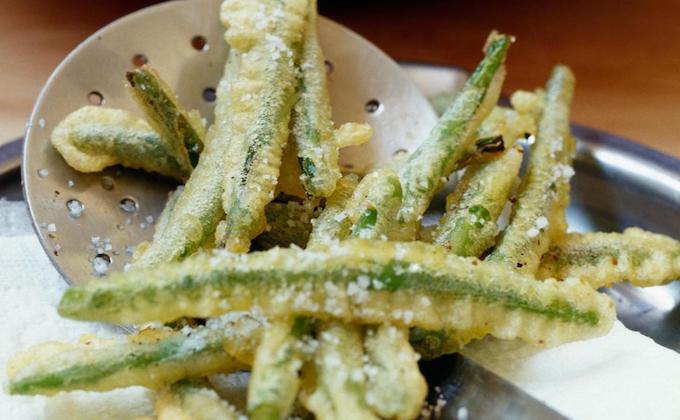 Word root of Tempura is from Tempora in Latin

Some of Japanese, who are impressed with the tasty fried green beans, had tried vegetables or seafoods as the alternative ingredients, and most of them were welcomed as the Japanese Tempura for many people. The one of typical Japanese home cooking is a little bit expensive for eating out, but Tenya is chain Tempura restaurants that you can easily eat it cheap on the streets in Japan. Thanks a lot for reading to the end.

The 10 best vegan cafes in Tokyo

Are you looking for a cozy vegan cafe in Tokyo? As I told in the last post How vegans can live in Japan comfortably...

3 Japanese cold noodles instead of Ramen bowls during summer

Are you sure to eat hot Ramen bowls during the scorching summer days? Even if you’re truly a Ramen lover, you shoul...

For many Japanese adults, Izakaya (Japanese pub) is a quite important place to have communication with drinking alco...

The Japanese food, Onigiri, is a must in Asakusa, Tokyo

What do you come to mind at first when hearing 'Japanese food'? Here is a traditional rice dish, Onigiri, which has...

What Shime means on Japanese meal

You might have heard the short Japanese word during the dinner with Japanese people. Shime is a familiar word often...

The only 3 things to eat Sushi like Japanese people

Have you ever wondered how Japanese people eat sushi? As for traditional dishes abroad, I believe that we should si...
スポンサーリンク
Smart app for Japanese trains is better than asking for sure
Japanese 3DCG girl ‘Saya’ finally starts moving for the reality
Home
Food & Drink