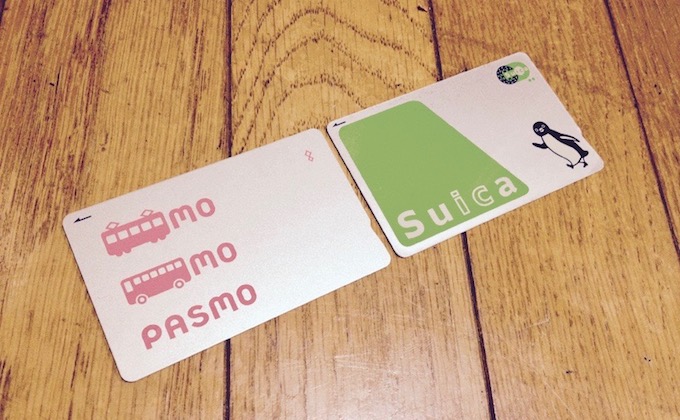 This is the question I have a lot from international people these days when they can’t decide which to have, and my answer is always the same. I’m pretty sure you won’t debate any more after knowing the slight differences below.

That’s why I usually answer ‘Either is fine’ to the questioners, but some of them care the differences to be convinced well before having. There’re mainly 3 differences between PASMO and Suica that most of us don’t need to care at all.

These cards are sold by different companies, that private railways issue PASMO and JR East issues Suica. But as I said before, you can use them in the same way like Mastercard and Visa credit cards.

Suica can be installed to iPhone by using the APP to use it in the same way. But PASMO hasn’t the function which won’t be provided for future as they officially said.

Except for these differences, a cute penguin on Suica may be a good point to be chosen for women. Lastly, I recommend a YouTube video which shows how to return PASMO or Suica for getting back the remaining balance and 500 yen deposit at the end of your trips. Thanks a lot for reading to the end.

Finally, Japanese government seems to make a decision about an individual benefit on COVID-19. They say that all ci...

How do you do if you miss the last train abroad? Actually, you don't need to worry about anything under the situati...

How international people find a shared house to live in Japan

You should be smart if you think that reducing fixed costs at first is significant for a life in metropolis. Anyway,...

Smart app for Japanese trains is better than asking for sure

On my way to work every morning, I often see international travelers struggling in front of ticket machines or askin...

Do you know that using internet in public space through free Wi-Fi is quite difficult in Japan? It's also confirmed ...
スポンサーリンク
How to recharge your PASMO by the easiest way
Why talking on the phone is rude on Japanese trains
Home
Life