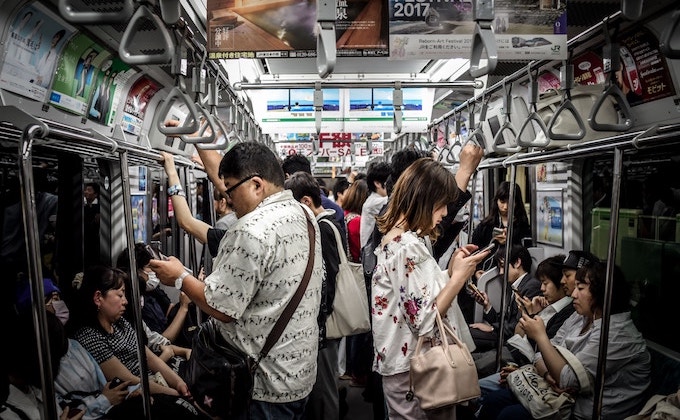 The classic rumor, that most of Japanese people take a nap on trains, is true or not? The question is very typical one asked often from foreigners, and I just came up with carrying out the individual survey to make it clear. Let’s see the interesting result aggregated over about a month.

I tallied what a single sitting passenger does in my sight every time I get on trains in Tokyo, and show you the result by classifying it to four categories with the percentages, Smartphone, Nap, Book (including newspaper, magazine or novel), and Nothing. How about the rates to compare with the circumstances in your country? 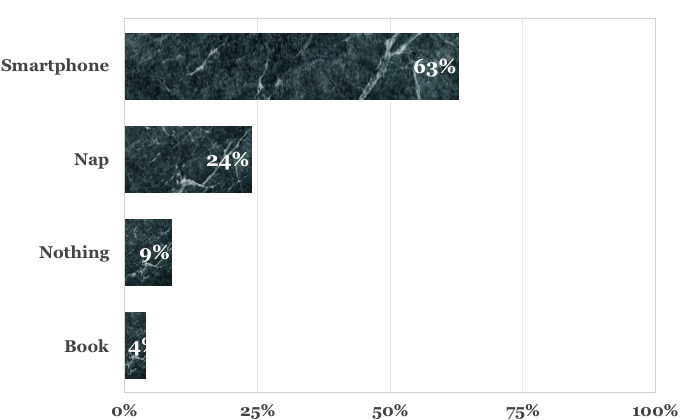 One in four Japanese follows the traditional rumor

It could be unusual to see passengers taking a nap on trains for you, but compensating a lack of sleep on trains is quite common for a long time in Japan. An average sleeping time of Japanese people, six and a half hours, is reported as the worst in 28 developed countries by the latest survey, and the main reason of the short sleeps is said because of hard works.

As for people who taking smartphones, I often see them playing puzzle games by touching the screens like a machine gun next to me. Honestly, I’m a bit afraid that you could be put off by these odd atmospheres when getting on Japanese trains for the first time. Thanks for reaching to the end and have a sweet nap!

Why talking on the phone is rude on Japanese trains

Silence in trains seems to be a bit wired for international people who come to Japan for the first time. Except for ...

Why you should avoid traveling to Japan around June

Are you now thinking to travel to Japan after COVID-19 deregulation? If you haven't booked the ticket yet, you'd be...
スポンサーリンク
What Japanese culture is the most embarrassing for foreign tourists
How about singing Sukiyaki to learn simple Japanese with some warmth?
Home
News & Trivia