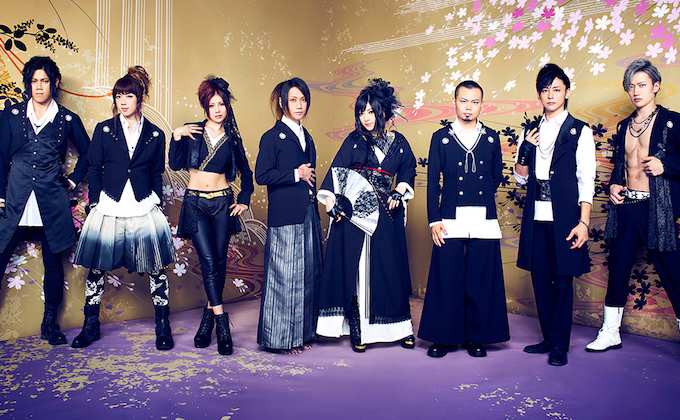 Are there any traditional musical instruments, which could be proud to the world, in your country? The traditions are basically said that it’s quite difficult to spread over the world, but there’re are some unique ways if we don’t give in thinking that.

Wagakki Band is a alternative Japanese rock band formed by 8 classic musicians who play some traditional Japanese musical instruments. As the typical wagakki in the band except for a electric guitar, bass, and drums, we can see Shamisen, Shakuhachi, Koto, and Wadaiko. And the female vocalist, Yuko Suzuhana who is a Shigin master, fascinates us by the beautiful vibrato voice.

Senbonzakura was a trigger they got famous in the world

Senbonzakura, which means ‘thousand cherry blossoms’ in English, is a very popular song of Miku Hatsune, and Wagakki Band dramatically covered it with their distinctive expressions, and it’s been played over 70 million so far.

How did you feel the sounds? For me, it’s a great fusion of Japanese and Western style on modern music, and I could say it ‘Japanese alternative’ as a new genre. Hope they keep rocking to preserve the tradition for further generations.

Sorry but I’m not writing about the posh Japanese dish this time. Do you know the another famous one as a song for ...

What is Hanami held anywhere while blooming Sakura?

Cherry blossom, called Sakura in Japanese, has fascinated Japanese people every time spring comes for a long time an...

Do you know any Japanese songs filled with sakura? Around the time that cherry blossoms are in full bloom, Japanese...
スポンサーリンク
How Tokyo ranks for women in the world
Result after Japanese train leaves just 20 seconds earlier
Home
Art & Culture

What Sakura flavor actually tastes like
What Shime means on Japanese meal
Japanese pretty girl, Saya, asks reality with 3DCG
How Wagakki Band rocks with traditional Japanese musical instruments
The most handsome Samurai has another face